CBRE the sellimg agents have confirmed that Pace Development Group have purchased the land at Mitchell St in the Jackson Court Activity Centre for over $13 Million, approx $3,550 per sqm

The sale to Pace Development Goup, its Managing Director Shane Wilkinson pictured left, comes more than 12 months after the Manningham Leader had reported that the five storey multi use development had been advertised for sale as “the development opportunity of the year” but owner Mr Mimmo said the property was not for sale at that stage and the proposal had been listed on an agent’s website without his knowledge

The five storey proposal, on a land area of 3.661 sqm, has approval for 69 apartments and up to 1,078 sqm for specialty shops and at least 1,300 sqm to be set aside for supermarket

It is understood that the top floor area of the building, designated for restaurant, could be replaced with 13 extra apartments, subject to additional car spaces being provided.

Manningham officers had originally recommended that the proposal be rejected although it was conceded there was some merit to the proposal, within the context of Manningham’s hierarchy of activity centres, but in considering the strategic basis of the proposal there was not a clear policy basis that provided support for the project. Furthermore, while recognising that the site was appropriate for development and putting aside the zoning issue, it was considered that the degree of change including the height and scale of the building, was excessive and did not provide a suitable transition to the
adjacent residential properties. Further the proposed height of the development, did not respect the designated neighbourhood character of the local area and would have had a detrimental impact on adjoining residents and set a precedent for consideration of heights above 13.5 metres in and around other Neighbourhood Activity Centres.

It was proposed not to support the request for an amendment to the Manningham Planning Scheme and planning permit application on the grounds that the proposed height of the development, at almost 19 metres, was not an acceptable outcome for this site, having regard to the context of its location and being a small Neighbourhood Activity Centre and the character of the local area.

Officers recommended that a height of 14.5 metres be prescribed for redevelopment across the entire Activity Centre. A  reasonable compromise considering that Tunstall Square, a much larger activity, was limited to a maximum height of 13.5 metres.

Council Consultant recommended a compromise of 14.5m across the entire centre.

Prior to approval of the Amendment, a section 173 agreement should be required to be entered into that provides: a) That at least 1,300 sqm of the leasable area of the ground floor of the permitted building must be set aside on the endorsed plan and only used for the purposes of a supermarket. b) For ending of the agreement after a period of 15 years from the date of the commencement of the supermarket use. 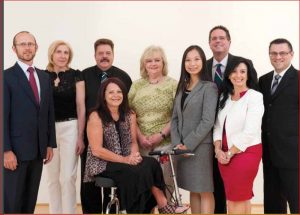 It could be at least a year before construction of development can begin because of the need to pre-sell a high quota of the apartments and to locate an operator for the Supermarket.