Nearly one third of Australian adults are suffering vitamin D deficiency according to a study involving more than 11,000 adults from around the country. This is the first national study to evaluate the vitamin D status of Australians. Greatest risk for deficiency were women, elderly and obese, people doing less than 2.5 hours of physical activity a week, and non- European background. 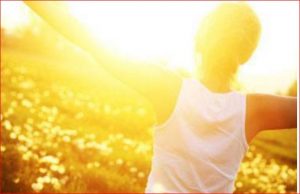 The results highlight vitamin D deficiency as a major public health issue for Australia that requires urgent attention, said study leader Professor Robin Daly, Chair of Exercise and Ageing within the Centre for Physical Activity and Nutrition Research at Deakin University, and honorary fellow in the Department of Medicine (Northwest Academic Centre) at the University of Melbourne.

“Vitamin D deficiency is emerging as a major health problem worldwide. It is clear from the results of our study that, despite an abundance of vitamin D rich sunlight, Australians are not immune from this issue,” he said. “Low levels of vitamin D can contribute to a number of serious, potentially

life-threatening conditions such as softened bones; diseases that cause progressive muscle weakness leading to an increased risk of falls, osteoporosis, cardiovascular disease, certain types of cancer and type 2 diabetes.

According to the National Health and Nutrition Examination Survey (NHANES), the newest statistics demonstrate that more than 90% of people with darker skin pigments (Blacks, Hispanics, and Asians) living in the United States now suffer from Vitamin D insufficiency, while 75% of the white population is deficient. 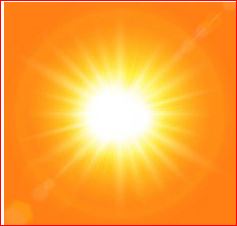 Would you believe that the majority of the population — up to 90% of adults in the United States — is believed to have a vitamin deficiency? Many physicians are starting to take this very seriously; in fact Vitamin D is one of the most recommended supplements by physicians today.

Most adults are believed to be at least somewhat deficient in Vitamin D, however, people with dark skin, who live in northern regions of the world where less year-round sun exposure is experienced, and those who are overweight have an even greater chance to be deficient. Many people assume that the best way to acquire Vitamin D is through drinking milk, eating fish, or even taking supplements like cod liver oil. However direct exposure to the sun is actually the best way to absorb Vitamin D. In fact, the reason our skin darkens is partially due to Vitamin D. If you sit in the sun unexposed, without sunscreen for roughly 10 minutes, you are likely absorbing about 10,000 units of natural Vitamin D- however keep in mind this amount differs from person to person depending on their skin

According to research, a Vitamin D deficiency symptoms can be linked to the following health problems:

When your doctor performs a blood test and gives you the results for your Vitamin D levels, keep these numbers in mind: