“Support for covenant removal ONLY within the Doncaster Hill precinct”

“This latter piece of the advice is totally consistent with previous officer advic relating to properties ‘within’ the Doncaster Hill precinct where it would be beneficial for the property owners by consent or agreement to meet the objectives of the Doncaster Hill Strategy and under these circumstances *only*, Council is likely to support removal of a restrictive covenant”. ..*Authors bold emphasis* 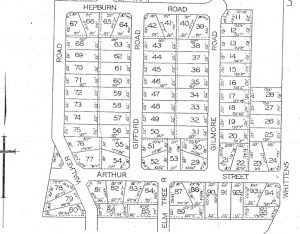 (Author in conclusion) “I can advise that Council has never discussed any intent; holds no plan or desire; and, has not foreshadowed any intention or interest at any time to take any action that would interfere with the protection that beneficiaries enjoy with Restrictive Covenants. A related question seems to be -is anyone else likely to do so? Council is not able to speak for the Minister or his Government but again, it makes no sense legally, practically or politically for any Government to contemplate such action (unless it relates to an Order under section 2010 of the Planning and Environment Act 1987” ..CEO

Officer’s report in minutes below, item 3.27  “It is considered that the intent of the CEO’s assurance letter (when he used the word support) was really to convey that Council would not initiate any process to remove a covenant from land outside the Doncaster Hill precinct”.                Council minutes 26th Sept

There are still growing concerns among the ninety beneficiaries of the Glen Towers Estate’s restrictive covenants that the Manningham Executive may dishonor the above pledge by recommending that it’s councillors support this application for removal of restrictive covenant, be put before a special government panel for decision, the last place you would want to go for an impartial decision, instead of honoring its promise and advising that it be abandoned and thus setting a precedent for refusal of any similar application outside the perimeter of the Doncaster Hill precinct. Various previous attempts by landowners to  remove or vary covenants in the heart of the estate by way of a planning permit have been thwarted due to the vigilance of beneficiaries and other neighbours.

The landowner of 42 Walker Street, Doncaster whose previous two planning permit attempts were unsuccessful has now gone down a different path. He is now attempting to remove the covenant by way of a planning scheme amendment enabling the owner to build in accordance with the current high density zoning of sub-Precinct A. (up to 3 storeys)  A planning scheme amendment gives the Council as planning authority very wide powers to remove the covenant as long as it can be demonstrated that the removal of the covenant results in a “net community benefit” after the interests of beneficiaries have been considered. The test of “net community benefit” is far less strict than the detriment tests under the planning permit regime. The definition of community is much wider than the Glen Towers Estate and extends to the citizens of Manningham and Victoria. Hence, under the guise of improving housing choices and increasing housing supply in Victoria Councils are able to remove covenants through a planning scheme amendment.

Being a planning scheme amendment anyone can lodge a submission, not just covenant beneficiaries. The Council will receive objections at least 10 days before the 26 of September 2017 after which time the councillors will vote on whether to pursue or abandon this proposal..

YOU DO NOT NEED TO BE A COVENANT BENEFICIARY TO SEND IN AN OBJECTION.

If you want the character of our area to be maintained it is very important to send in an objection before Friday. A clear message must be sent to Council and Councillors that the character of our area must not be destroyed and that we want them to uphold the covenant that is in place and abandon the application. The number of objections has never been more important!

You can be certain that if the covenant is removed from this particular block (which invariably means 3 storey development and multiple townhouses), it will invariably encourage others in the area to follow so this is not just an isolated concern. We know there have been multiple unsuccessful applications in the past at various addresses and if this is passed by councillors, it will certainly have others referring to this as a precedence and seeking to do the same.

The wording of the covenant applicable to the Glen Towers Estate

The said lot on the said plan of subdivision is sold subject to the express condition that the purchaser his/hers administrators or transferees will not erect nor allow to permit to be erected on the said lot any building other than a single dwelling house together with usual outbuildings and such dwelling house shall have external walls of brick and roof of slate or tile and this condition will be inserted in the transfer to the purchaser (in a form a form to be prescribed by the vendors or their solicitors) as a restrictive covenant by the purchaser to be run with the land and to be noted as such on any certificate of title to be issued.

Email a copy of you objection to councillors because your submissions are not included in the minutes that are put before them..

Your objection doesn’t have to be long. State your name and address and say that you’re objecting to the proposed Amendment C114 of the Manningham Planning Scheme. You might say something like the covenant exists to protect the amenity and neighbourhood character of our area and prohibit overdevelopment and you are asking Council to uphold the present conditions and uphold the rights of the 90+ beneficiaries by abandoning amendment C114. You may also want to say that there is no net benefit to the community of pursuing the amendment and that Council has no way of anticipating the detrimental effect of the amendment on the area burdened by the covenant nor indeed the ramifications for the City of Manningham and beyond

Drop it in at the front desk or..

Send your objection by mail by Friday 28 July , there is some leeway for late submissions:

Or you can submit instantly via http://www.yoursaymanningham.com.au/amendment-c114/survey_tools/amendment-C114-submission-form