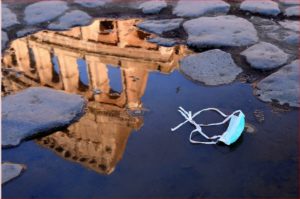 Italy recorded nearly 3,000 deaths related to the coronavirus outbreak, as the number of cases detected passed 35,000, authorities announced on Wednesday 18/3. Italy had just recorded the highest one day death toll of any one nation since the COVID-19 outbreak began with 475 deaths, with more than 35,700 people infected and close to 3000 people have died.

With entire countries now on lock down, borders closed, flights cancelled and ‘social distancing’ becoming the new norm, it seems a lot of people are wondering, what is it that makes COVID-19 so much more deadly than SARS or H1N1? “For COVID-19, [transmissibility] is at a two or three. That

means one person can give the virus to two or three other people,” explains Dr. Chen Liang, an associate professor with McGill University’s department of medicine in Montreal, Canada.

Younger adults are large percentage of COVID-19 hospitalisations in US, according to new CDC data: The CDC report looked at 4,226 Covid-19 cases, with much of the data coming from the outbreaks among older adults in assisted living facilities. As in China, the highest percentage of severe outcomes were among the elderly. About 80 percent of people who died were older than 65.

There was more encouraging news about children in the US. Those age 19 and younger who were tested appear to have milder illness with almost no hospitalizations. A larger sample of children in China, detailed in journal Pediatrics this week, found that most children had mild to moderate illness. 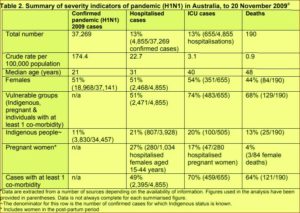 As at 22 November 2009, the WHO had received reports of over 622,000 confirmed cases in the (H1N1) pandemic which included over 7,820 deaths, a rate of about 1.250 %. These reports were regarded as significantly underestimated re the actual number of cases and deaths that had occurred. Australia fared much better because of its isolation. There were a total of 37,269 reported cases of which 4,855 (13%) people were Hospitalised with only 190 recorded deaths.